* The smallest feline is a masterpiece – Leonardo Da Vinci *

“Have you ever wondered why words like cataclysm and catastrophe have ‘cat’ in them?” My wife’s weird argument for not getting a cat as a pet. It didn’t faze our son one bit.

“Cats have nothing to do with disasters. Cataclysm is cataclysm only because nobody said bataclysm when they coined that word. Ditto batastrophe.” In the realm of weird logic my son shone as his mother’s child.

“Tabby or not tabby, cat is the question!” My attempt at erudite humour drew only exasperated eye rolls.

Finally our son’s persistence paid off. A little bundle of fur gambolled in into our family. My son promptly named him Bob. 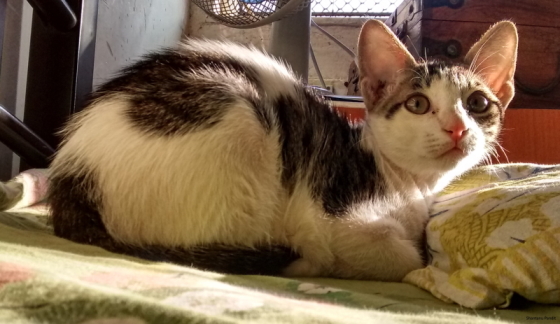 “Why Bob?” His Mom. Me? The cat could have been named Bandersnatch for all I cared.

“Well, I was thinking of Brutus,” replied my son, “But… um, Bob is nicer and snappy.”

As Bob (the choice of a name… some battles with teenagers are never won) grew rapidly into a young adult his extensive beat ranged from the terrace of our six storeyed building to the building’s courtyard to the woods beyond our compound. Came a day when he had been out on the terrace all evening. At around 9.30 p.m. we got a call from the building’s watchman: Bob had fallen to the ground from the terrace and was bleeding profusely. We ran down and found him in a wretched state. There were clear signs of head injury, including a missing canine. There were ghastly wounds in multiple places on his body. My wife was in tears. She gathered him in her arms and we drove over to the vet’s. Bob’s agony through the night and the next day was pathetic to witness. At one point of time, when the sight of that pitiable mass of utter misery became unbearable to me, I asked the vet if he should be put out of trouble. My wife opposed the idea, saying she would do anything to support Bob who she said was gamely fighting back. The vet said to wait and watch for three days. So we waited and watched in dreadful uncertainty, tending to Bob in every way possible. And, to our delight, the little rascal took a neat, well coordinated leap on to our bed on the third day itself! His subsequent recovery was a miracle, a show of astonishing strength and resilience. Within a few weeks, nobody would have guessed what he had gone through. Talk of a cat having nine lives! 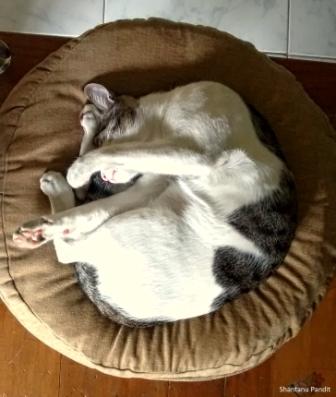 Days later I gave my wife a quizzical look, “You who were opposed to having a cat for a pet were his strongest support during his ordeal. How come?”

She looked down at Bob curled up in her lap, “Umm… he is cute and a very kind soul.”

And then my son showed that when it comes to pithy summations he shines like his father’s child. “You see why I didn’t name him Brutus? Because that would have made him the most unkindest cat of all.” 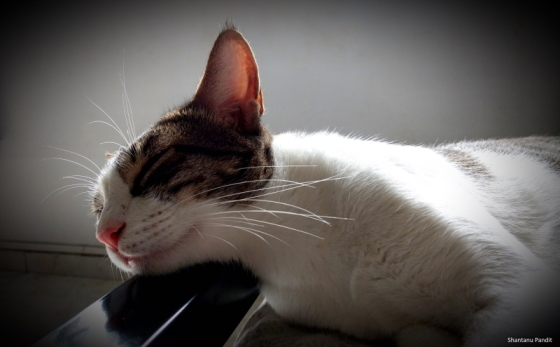 So glad to read your write!

Thanks, Gaytri! I hope you continue to like this stuff that I am trying to literally spew out, or it seems like that 🙂
My response is rather late.. sorry! There was a technical glitch in the site where my responses never got uploaded or something like that…

Such a cute article! I love how you have described the situations with an everyday feel with humour and sympathy 🙂