When discussing the frequency of posts on Instagram with my friend Amit Khanolkar I said to him how I’m going to try for one post every Wednesday, and he said he has been told by his media consultant that Wednesday posts have maximum traction. And that made me wonder if Wednesday is like the number 7, which one article on the internet describes as having ‘psychological and visceral appeal’ to us. The four examples I give below illustrate the diversity in the happenstance of ‘sevens’ in our world. The first picture is the original artwork of ‘Snow White And The Seven Dwarfs’ for the British front of the House of the Lobby Cards for the 1940s re-release. The third of course is the constellation known variously as Ursa Major, Big Dipper, Bear, Plough and, in Indian astronomy, Saptarshi – Seven Sages!

In addition to these, I can also think of: the Seven Sisters or Seven Brothers (jungle babbler, bird that is described as ‘gregarious’, i.e., usually spotted in flocks), James Bond, Akira Kurosawa’s ‘Seven Samurai’, Hollywood’s ‘Magnificent Seven’ and ‘Seven Brides for Seven Brothers’, the fact that mathematicians term 7 as the ‘most prime of all prime numbers between 1 and 10’, religious significance of seven virtually all across the word, and uncountable seven habits/reasons/parameters/etc. of various things… I guess one can think of innumerable examples of ‘seven somethings’. With constellations like Saptarshi (Seven Sages) and Pleiades (Seven Sisters) I often wonder if their names are an effect of our ‘psychological and visceral’ fascination with the number 7 or the heavens have really ordained 7 to be of special significance…

Be that as it may, I do know why I think of Wednesday whenever anything like this comes up. The first time I came across any significance being attributed to this day was during my college days, when I happened to read ‘Wheels’ by Arthur Hailey (one of my favourite authors then – I had read all his books by the time I graduated from college, and there are intriguing tidbits from those readings that have tenaciously stuck in my memory, including the significance of Wednesday). 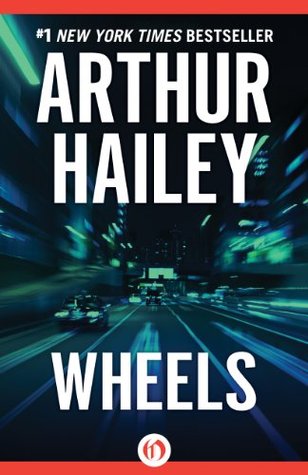 The book mentions how cars manufactured on Tuesdays, Wednesdays and Thursdays were premium products, earmarked for valued customers and company’s own executives. Wednesday stuck in my mind, probably because that day seems to point towards peak performance of people on shop floors, being sandwiched between bleary start of a week and seeping lethargy of the end of a week.

For those who are interested, I have given relevant excerpts from the book ‘Wheels’ at the end of this post.

If you browse on the internet, sure enough you will come across a link to ‘7 reasons why Wednesday is the happiest day of the week’!

“But at least today was Wednesday.

The reason Matt Zaleski liked Wednesday was simple. Wednesday was two days removed from Monday, and Friday was two more days away. Mondays and Fridays in auto plants were management’s most harrowing days because of absenteeism. Each Monday, more hourly paid employees failed to report for work than on any other normal weekday; Friday ran a close second. It happened because after paychecks were handed out, usually on Thursday, many workers began a long boozy or drugged weekend, and afterward, Monday was a day for catching up on sleep or nursing hangovers. Thus, on Mondays and Fridays, other problems were eclipsed by one enormous problem of keeping production going despite a critical shortage of people. Men were moved around like marbles in a game of Chinese checkers. Some were removed from tasks they were accustomed to and given jobs they had never done before. A worker who normally tightened wheel nuts might find himself fitting front fenders, often with the briefest of instruction or sometimes none at all. Others, pulled in hastily from labor pools or less skilled duties-such as loading trucks or sweeping, would be put to work wherever gaps remained. Sometimes they caught on quickly in their temporary roles; at other times they might spend an entire shift installing heater hose clamps, or something similar-upside down.

The result was inevitable. Many of Monday’s and Friday’s cars were shoddily put together, with built-in legacies of trouble for their owners, and those in the know avoided them like contaminated meat. A few big city dealers, aware of the problem and with influence at factories because of volume sales, insisted that cars for more valued customers be built on Tuesday, Wednesday, or Thursday, and customers who knew the ropes sometimes went to big dealers with this objective. Cars for company executives and their friends were invariably scheduled for one of the midweek days.”

PS: this book was written in 1971. I am sure things have changed considerably with R & D, TQM, automation and what not.