* Freedom to speak against authority is related to effectiveness, safety and leadership *

Imagine sitting in a group on a windblown corner of a fort situated atop a mountain and you feeling cold and everyone else obviously feeling cold but nobody speaking or doing anything about it as the facilitator of the group, an imposing figure in the form of an elderly bearded gent, was leading our reflection session after an exciting experience in the mountains. The ‘exciting experience’ was a four-hour hike which had started from the base of Fort Sinhagad*. It had culminated in a roped-up section on a near-vertical cliff that led to the west facing Wind Point. The government guest house where we were supposed to stay was situated right next to this spot. The group comprised about twenty employees of a company, accompanied by the team of experienced outdoors people that I was a part of. Still wet and sweaty from the climb, the group had been all smiles as we were served hot batata wada (potato fried dumplings) and steaming cups of chai. Sweet success!

Then the facilitator who had reached earlier via a much shorter route had invited everyone to sit out in the open and had begun the reflection session. He was comfortably clothed and had a shawl around his shoulders to keep him warm. The spot is named Wind Point for a very good reason. And it was monsoon. We were occasionally bathed in trailing wisps of cloud that often dripped moisture. As my body cooled, I started feeling cold and sensed the onset of shivering. I looked around and saw others in obvious discomfort, including a few that I could see were trying to control their shivering. And I wondered why nobody was interrupting the discussion so that all could change into dry and warm clothes. I waited to see who would be the first, but in vain. Finally I raised the point and the facilitator was of course more than happy to have everyone be comfortable before continuing with the reflection session. 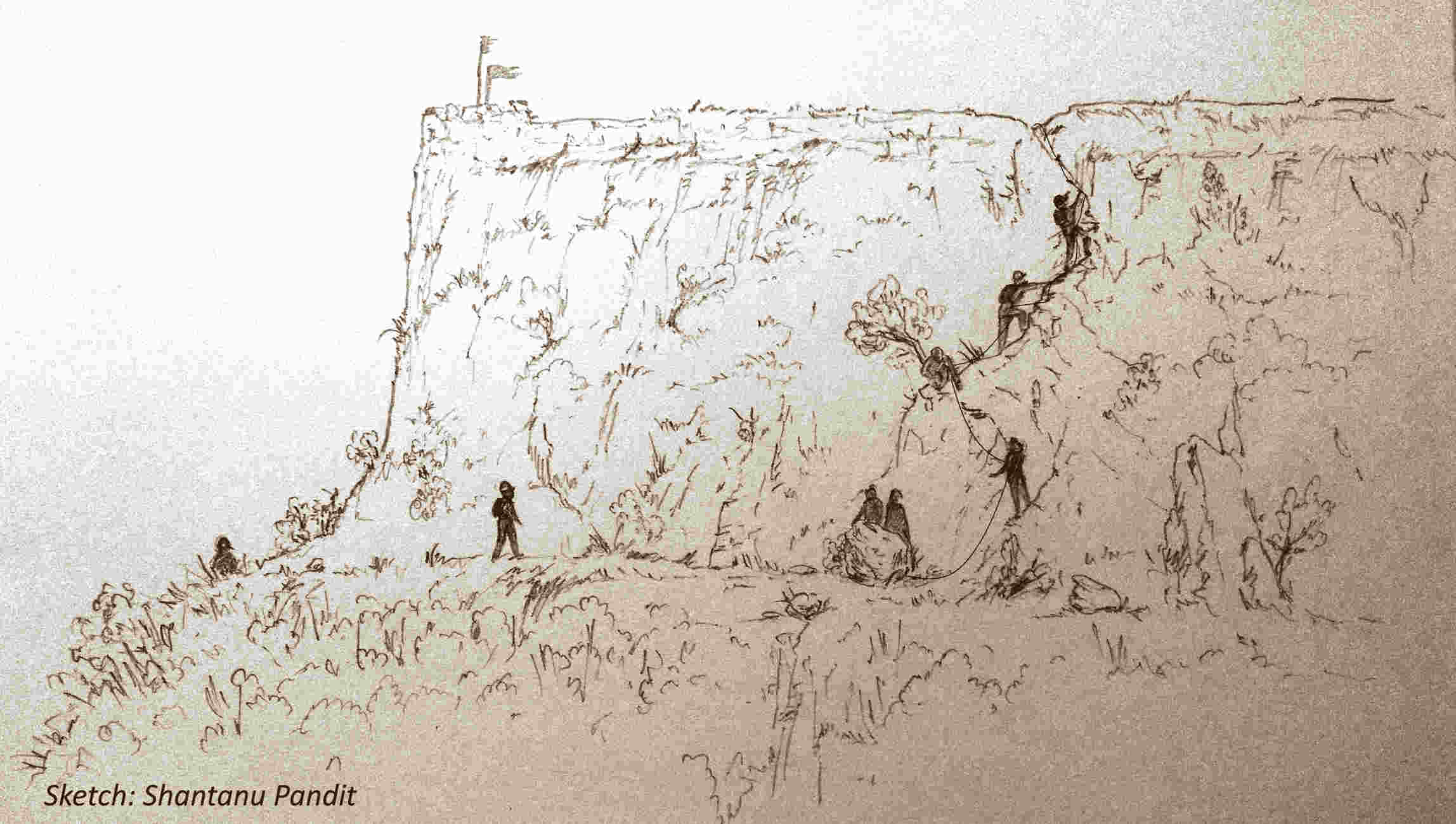 I went back home from that programme thinking a lot about a behaviour that to me appeared strange. Why had people silently endured an obvious discomfort? What would have tipped the balance towards someone finally speaking up? I had not waited till that point because I didn’t want anyone in the group to get hypothermic. Also, how effectively people could have stayed engaged with the discussion while in discomfort was a debatable point. The very next weekend, I was going to be hiking up that same route with another group from the same company. I decided to ‘experiment’ and see what would happen with that group!

This time, after enjoying the post-hike batata wada and chai, I ran inside the guest house to change into dry and warm clothing. And sure enough, the participants who sat down to discuss their exciting experience grew cold, and were soon in obvious discomfort. This time I could afford to wait out a bit longer (!) but finally interrupted the facilitator who kinda slapped his forehead, figuratively speaking, for not having remembered, apologised, and had the group go to change into more comfortable clothing.

The two experiences over consecutive weekends had me thinking. The participants were from lower to middle level management levels in their company which was a public sector undertaking. Did this have something to do with not speaking up to a person in authority? I was too young then or not interested enough to think more than that. My team members and I had been in mid-twenties, the youngest lot in the group. And I remember having asked myself the question, why had I spoken up? Did it take some sort of courage that others lacked, or would that thought be too presumptuous of me? Did the fact that I was an outdoors person have something to do with it (meaning, I understood that feeling cold and not doing anything about it was not good)?

Incident where I spoke up!

Any time something like this happens, to this day I remember an incident on my basic mountaineering course (BMC) from 1987, when I had been twenty four. The first few days at the Nehru Institute of Mountaineering were filled with morning jogs, rock climbing and lectures in the evening. On one of the days we had the institute’s principal, Col. J.K. Bajaj, speak on the history of exploration of the Himalaya. Col. Bajaj, with many expeditions under his belt, was the first Indian to reach South Pole by overland travel. He was a stickler for discipline and had the quintessential demeanor of an army man. Our instructors used to have that extra bit of energy in their work during his unannounced rounds in the campus. We students were of course in awe of him. Now, during his lecture, he said that Mt. Everest had been named when Sir George Everest was the Surveyor General of India. I knew otherwise. From the moment he said it all I could think of was how to confront him with the correct information, and when! As the lecture neared its end, I started gearing up myself for pointing out the mistake, in the process getting worked up quite a bit to put it mildly! 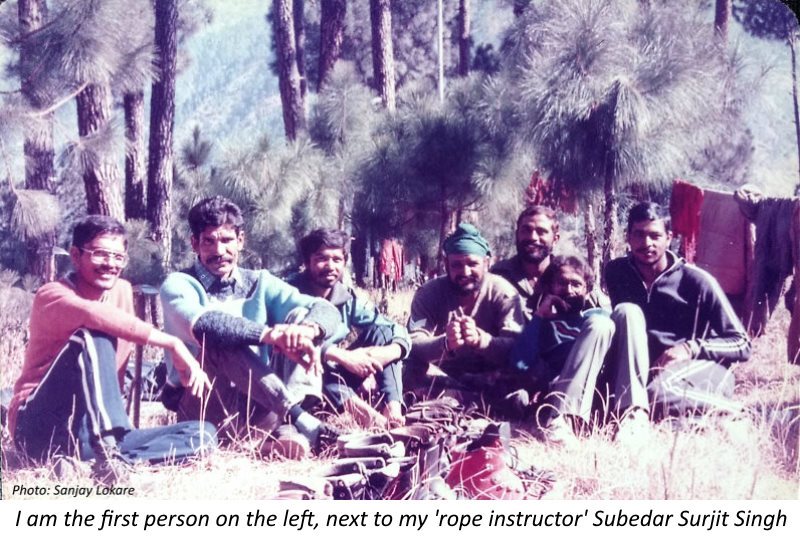 At the end, Col. Bajaj asked if there were any questions. There were none. As he started gathering his notebook, pen and what not, I slowly stood up and called his attention with what I am sure must have been a croak. He paused and looked up and encouraged me with a ‘Yes?’ That is when I started doubting my memory! But having got committed to a response, I steeled myself and corrected him as politely as was possible for me… the mountain had been found (by computing its height) to be the highest in the world during the tenure of Sir George Everest’s successor, Major General Sir Andrew Scott Waugh, and he had named it in honour of his predecessor . I still remember the stunned silence in the room as all students just froze and waited for whatever was to unfold. Col. Bajaj stared at me for a long time and then said that I could look it up in a book in the library and meet him later. The first chance I got I ran to the library, found the right reference, ran with the book to Col. Bajaj’s office and showed him the fact. He read through the relevant paragraph, thanked me, and that was that. 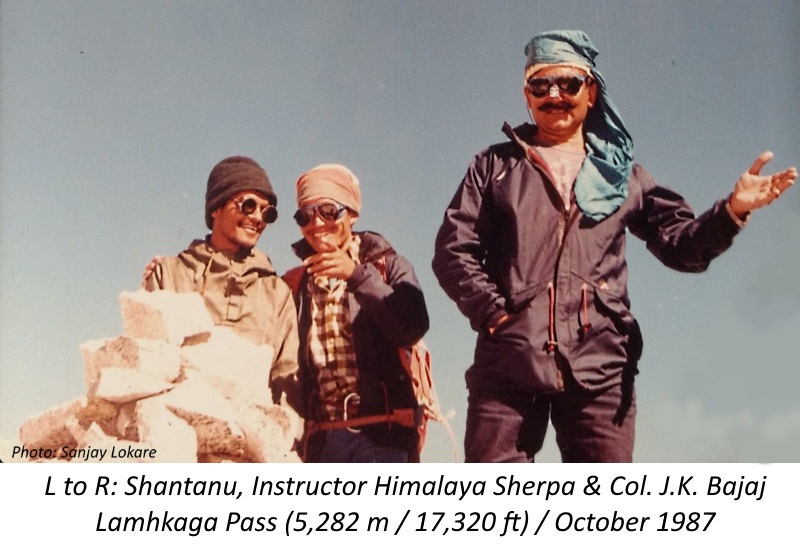 Vulnerability of a Leader

I was mightily encouraged by his calm response and willingness to relook at something that he had thought of as a ‘fact’. The messages to me were clear (though I could articulate them much, much later in my life): that a leader could be wrong, that it is okay for a leader to be wrong occasionally, that it is okay for a follower to point out a leader’s obvious mistake, that a leader does not lose anything by admitting that they had been wrong, and that facts can usually be easily ascertained which shifts the focus from ‘who is right’ to ‘what is right’. In fact my respect for Col. Bajaj grew multifold due to that single interaction. I am horrified by what could have been the impact on me had he responded by ridiculing me in the class or worse, castigating me for having called him out in public. 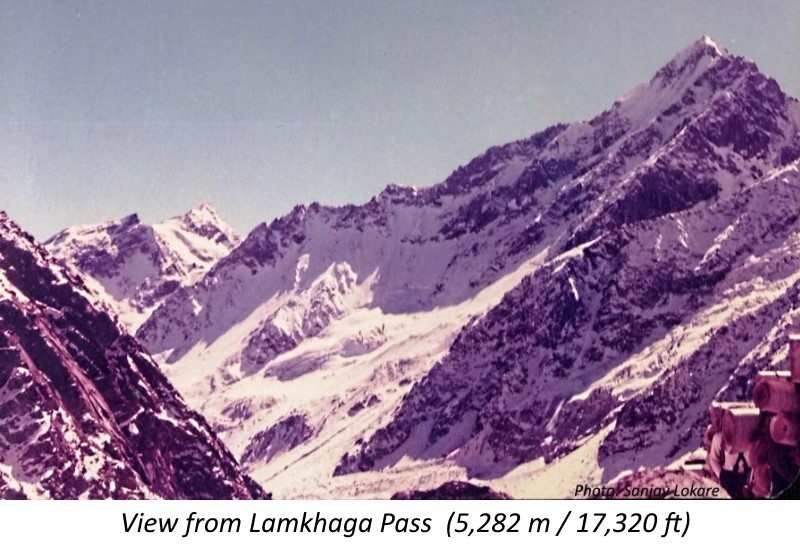 A responsibility of Organisations

One doesn’t need to read between the lines in the incident accounts above to appreciate how individuals get impacted and how their experiences affect their very behaviour. Such dynamics are a reality of all workplaces. They go beyond just the leader-follower / superior-subordinate relationship and extend all the way across to an organisation’s very culture. Leadership competencies embrace this reality and recognise the value in a subordinate asking questions to seek clarity or speaking up when something is amiss or wrong. This is especially crucial when stakes are high, be they financial, quality related, customer satisfaction related or related to physical harm as is the case with, say, outdoors based programmes. A recent course I did, titled ‘Risk Management for Outdoor Programs’ conducted by Jeff Baierlein of ‘Viristar’, mentioned how it is the organisations’ responsibility to nurture a culture where staff are enabled to question authority when required, of course for the right reasons. It definitely adds to the quality of group decisions and enhances safety management.

Sinhagad (Sinh-uh-gurh) means lion’s fort. It is situated about 35 km. SW of the city of Pune in India. Some features it has place its history to about two thousand years ago. This fort occupies a significant place in people’s minds because of its history and lore, and is very popular with visitors.