Risk Management is often just doing the right thing at the right time.

“Why do people live in cages here?” This question was by an American, a fellow NOLS instructor, who was visiting me in Mumbai.

Most if not all flats in Mumbai and its suburbs (and I guess in all Indian cities) have their balconies closed off with iron grills as defense against thieves and such. Though the word ‘cage’ had never occurred to me, I had always looked with disapproval at the way all of us live in such a setting. A grill completely destroys the very purpose, and beauty, of having a balcony. As a child I remember living in a flat with open balconies and it was routine for us to ensure that the doors leading to balconies were locked before going to sleep. Somewhere the idea of closing off balconies with grills had come in, driven I guess by the need of citizens to find extra space in tiny flats that house the middle class in space starved cities like Mumbai. Entrepreneurs were probably quick to realise this opportunity and nurtured the idea. And so it was that one day my parents too went in for grills and suddenly we had an extra ‘room’ into which I eventually moved in as a teenager. 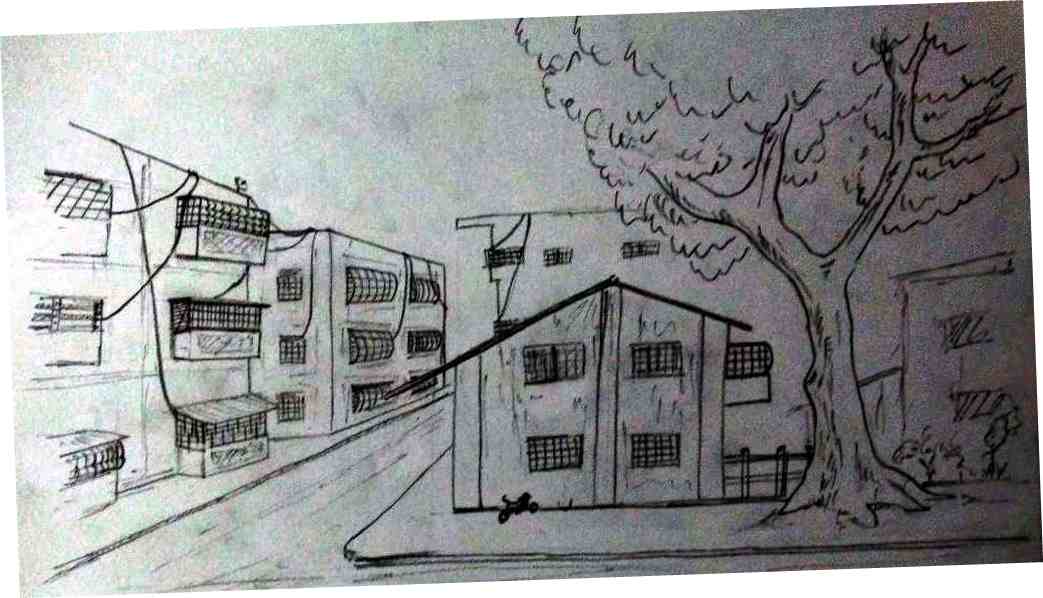 What I also remember was that it was the norm in those days to have a window to the grill with a bolt that could be locked. This allowed access from outside into a flat through the balcony in case of emergencies. When, as an adult, I moved in into my own flat in a suburb of Mumbai, I noticed that there were no windows to the grill. But I did nothing about it. Till a friend, Rutesh Panditrao, came to visit and remarked upon it. He, in fact, was visiting me to discuss a fire-safety related proposal that we were supposed to submit to an international educational institution in India. The institution was located on top of a hill. The landscape around its campus has been occasionally ravaged by fire in summers. They had a ‘fire service crew’ which was tasked with putting out such forest fires to prevent them from spreading into the reforested premises of the institution. Rutesh had had some training in fire fighting when he used to work in the Indian Navy.

In the course of discussion, he happened to mention how fire safety was usually far from the minds of citizens and maybe even town planners, given the cheek-by-jowl layout of buildings in some quarters of most towns and cities. When he specifically mentioned the grills on balconies and how they would prevent rapid evacuation or rescue from external authorities in case of a fire in a building I became acutely aware of the situation in my own sixth storey flat, a situation that I had been aware of but done nothing about.

Very soon I remedied the situation, but had to negotiate the location of a grill-window with family members on the issue of ‘aesthetics’. I had to settle for a window on the grill in the kitchen. A rope, harness, few carabiners and tapes (webbing) completed my exclusive evac-kit. 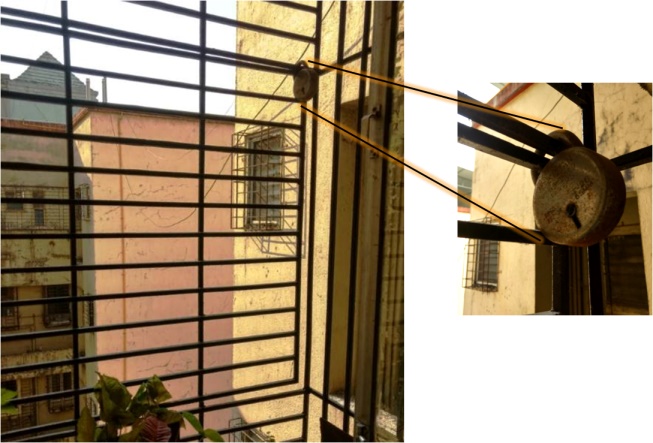 And none too soon, as it turned out, for I may well have been forced to use that window to safety!

Our neighbour’s balcony that is right next to ours is walled in with cement boards. Using that and the bars on our own grill for support, birds and bees have often built their dwellings. So at the time of the incident I am going to narrate, there was a nest belonging to a pair of spotted munias built right at the top, and below it were beehives, all except the lowermost abandoned over a period of a few years.

The incident happened about two years after we had put in the grill with the window. There were workers welding a new grill on to the balcony of our neighbor. Some sparks must have landed on the dry grass fallen from the munias’ nest. The flames then must have reached the live beehive and the abandoned ones above it. The wax, additional fuel, led to the fire spreading to the plastic mesh that we had put over the iron grill to keep our cat, Bob, from falling from the balcony (he has had one misadventure recounted in https://outdoorpandit.com/2020/11/27/bobs-misadventure/ where he had fallen from our terrace). By the time we were alerted by the burning smell, the fire had engulfed the poor munias’ nest. While my wife switched off the flat’s electric supply I grabbed water and went to work, fortunately managing to put out the fire just in a few minutes. I shudder at the thought of what would have happened if the flames had reached the curtains on our window. When I could finally see no flames I moved in closer to douse all inflammable stuff that could still have been smouldering. My teaching from the outdoors is that no campfire is out and safe till it is cold to touch. And while I was methodically going about it, I wondered what it would have involved to evacuate our family through the window with or without external help if indeed exit from our main door had for some reason not been possible. Very disquieting thoughts. 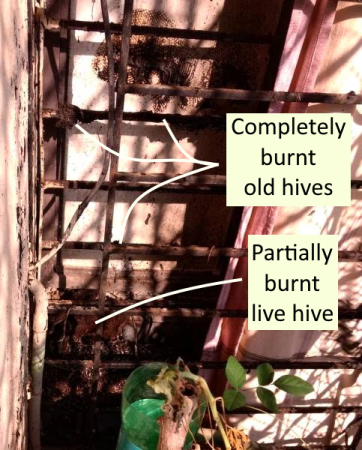 But the bees and pair of munias, co-residents in our flat, did suffer. It was pathetic to see the birds flit around the site despondently before flying away. The bees that had survived milled around on whatever remained of their hive before finally leaving. The abandoned hives had all disappeared, burnt completely. These little lives had trusted us when building their shelters so close to us. I don’t think I am an overly sentimental person who oohs and aahs even over pets. I had not even photographed the munias, preferring not to spook them to the tiniest extent. But there certainly had been a sense of silent companionship with these beings. And it hit me hard to see them suffer. The munias did eventually return and I marvelled at their resilience and willingness to trust the location once again. The bees seem to have gone for good.

When I called Rutesh to recount this incident and thank him for his role in making me move my butt on a key issue of safety in my flat, he said this is the only instance that at least he knew of someone having taken action on his suggestion. I urged him from now on to cite my experience of the fire when talking to people henceforth.

Rutesh, I am doing my bit through this blog.

Good article. Worth giving a thought… And acting upon it

Thanks, Dilip! Little things, but crucial in their impact…

Nice one – that bit about sticking one’s head out once in a while! Thanks, Hemangi.

Thanks, Hemnagi, for writing in. I am rather late in responding … There was a technical glitch in the site where my responses never got uploaded or something like that…