* There is magic in experiencing links between academics and reality! *

In one of the posts on this blog (here – the post is on ‘respecting wildlife’) I have mentioned how generations of readers have scoured pavements of cities like Mumbai and Delhi for old books, in the process striking pure gold many a time. But imagine a busy morning with people dashing about on ‘matters of consequence’, to borrow a phrase of the businessman from ‘Little Prince’. Espying stacks and stacks of books piled in a street corner, a compulsive reader hurrying by used to get torn between the need to meet someone boring in a meeting room and the urge to meet adventuring heroes in a book’s pages! Such a reader perforce developed the ability, which soon evolved into a consummate skill, of quickly scanning the alluring mass to spot the unusual book. For me, the roots of this lay in my visits to my school library where one had limited time to return a borrowed book, choose a new one and get it issued at the desk. And that is where I first read Ernest Thompson Seton. For the life of me I don’t understand how a small school in a humble and distant suburb of Bombay (now renamed Mumbai) could actually have this gem! The name of this unassuming but wonderful institution is Model English School, located in Dombivli, forty nine kilometers away from the Bombay GPO. 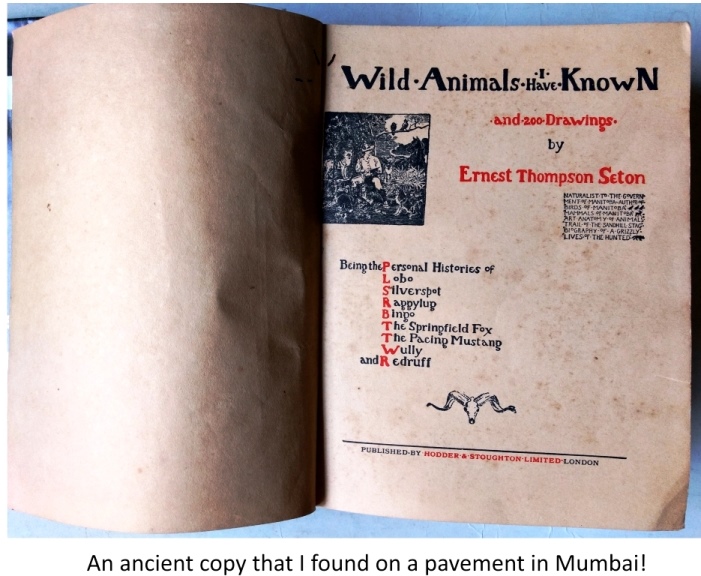 I was mesmerised by the book. Of the many things that Seton was, he was also an artist and naturalist turned author. He is described as an ‘early pioneer of modern animal fiction’. In the book that I found in my school’s library were some of his most well known stories, including that of how a cottontail rabbit raised her son ‘Raggylug’. Seton’s stories are beautifully illustrated with his own sketches, and serve to create great clarity about the world he explored and understood.

That book introduced me to the world of elks, mule deer, wolves, bears, coyotes, cottontail rabbits, ranch dogs and the human-animal conflict during the decades around the turn of the twentieth century. One of the wild areas that he explored and wrote about was Wind River Mountain Range in Wyoming, U.S.A.

It was in the year 2000 that I undertook the Instructor Course (IC) of National Outdoor Leadership School (NOLS), based in… Lander, Wyoming! The hiking section of my IC happened in the Wind Rivers, and the subsequent rock section at a place called Split Rock, a prominent landmark on the famous Oregon Trail. It was the first time that I was travelling to a country outside of the Indian subcontinent, and of all the locations that I could have gone to, I went to the one place about which I had read in my school days with utter fascination!

In India animals have learnt to be inconspicuous and even invisible due to ubiquitous human presence down the centuries. The situation in the U.S.A. is very different. In that sojourn in U.S.A. in 2000, to my indescribable joy, I saw innumerable animals: pronghorn antelopes while driving in to the NOLS HQ, mule deer and elk that visited our camps for salt, a moose that walked by right through a camp when we were away high above it during a class, a rattlesnake sunbathing on a trail and lots of ‘bear sign’ on the snow slopes that we tackled. Our camp at Split Rock regularly had cottontails hopping around in plain sight.

At Split Rock one of the tent groups was late one day for our morning assembly, something that is almost sacrilegious! Eventually they turned up with the fascinating story of how, while they were readying to get to the assembly, they saw a rattler devour the young ones of a cottontail, going in into its nest of grass and fur and dragging out a bunny one by one. This was straight from Seton’s story… and I had listened to my course-mates’ recounting of their experience with a sense of awe bordering on disbelief. 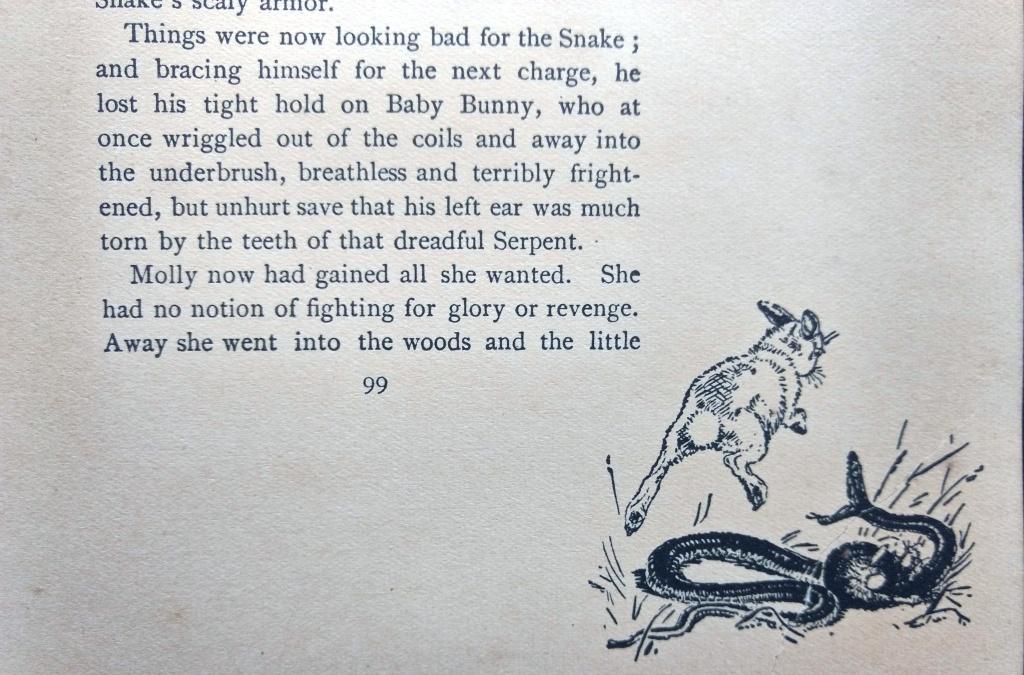 One of the things that a NOLS instructor is supposed to do is teach natural history through ‘nature nuggets’. On the first course that I taught after the IC – in Pasayten Wilderness in the North Cascades in Washington – I decided to use what I remembered from Seton’s book and weave it in with the experience of my course-mates from the IC to put together a series of ‘nature nuggets’ spread over days. My stories were a hit with students, and we ended many a day sitting around after dinner, talking about animals that we knew were all around us. Since then I have endeavored to do similar storytelling whether working in India or in the U.S., embellishing each story of great naturalists  like Seton with data from actual experiences.

The crowning glory of that first course was a sighting in its last three days. The students were walking independently, and we were just the three instructors on our route. Walking point, I turned a corner in the trail and spotted a bear foraging a few metres in front of me. I raised my hand and promptly squatted down, as did my fellow instructors. The bear was in no hurry and we spent a considerable amount of time observing it, afraid to make a noise for fear of spooking the animal. Eventually the course leader whispered that we will have to be on our way or the bear will have us camping right there! I requested them to give me some time as I wanted to photograph it – my first ever bear in the wild! I had packed the camera inside a plastic bag when it had drizzled a bit a while back. As I attempted to take it out the plastic crackled and the bear shot down the slope looking very much like Winnie the Pooh in one of his energetic modes! 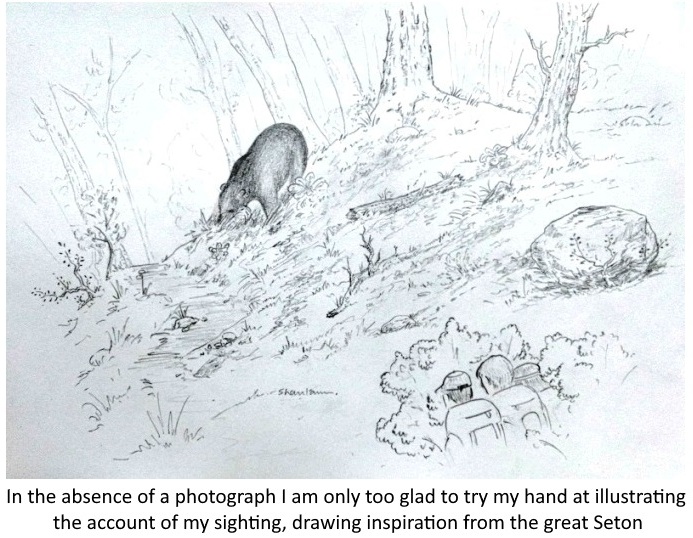 One of the things that outdoor education helps achieve is establishing links between academics and reality. The objective is to help the young mind find fun and meaning in academics through first-hand experiences. The focus is to offer the perspective that ‘there is fun in academics’ and spark off the urge for exploration. With increased understanding of one’s environment, a person develops healthy respect and concern for that environment.

Connections, and also coincidences in this case! Thank you, Juee.