There are some bird sightings that one can be certain of on Himalayan hikes. The white capped redstart is one such bird and red billed blue magpie another, just to name two. One way to spot a bird is to keep a watch out when you are passing through appropriate habitat. Every time I work an outdoor leadership course in the Himalaya, I make it a point to try to interest my students in the birdlife that we encounter as a part of telling them ‘nature nuggets’, a term that NOLS taught me when I undertook its instructor course (you can read about it in my post here). In each of the last four years I have worked the month-long wilderness section on outdoor leadership of the Wilderness Emergency Medicine Technician (WEMT) semester conducted by Aerie Backcountry Medicine, U.S.A. which has associated with Hanifl Centre for Outdoor Education, India to conduct the WEMT as well as wilderness first aid courses in India. In this post, I want to recount two little but significant incidents that happened in the course that I worked in 2018.

The purpose of the Himalayan section of the ‘Aerie’ semester is to use skills learnt on the EMT course conducted in the U.S.A. in scenarios as well as for taking care of one’s own wellbeing. It is rare for a student to take interest in birds unless they are already into birdwatching. But when we begin to hike I anyway start saying the names of birds as soon as I either hear a call or spot a bird around us. Brook, a student in her late twenties, asked me how I was able to spot a bird in thick tree cover and at times even in the distance while walking. I told her how I knew the habitats of a few birds and how it is easy to spot movement and how I put these things together to spot a bird. I also told her how each bird has a flying pattern which is distinct and how it helps in identifying it from far. She considered all that and told me that she would like to get into birdwatching starting from this trip. As we hiked up I made sure to point out whatever I could spot and identify those birds that I could. Eventually, above treeline we were rewarded with the sight of the awesome bearded vulture soaring high up in the Himalayan skies. One day, early in the morning when the sun had not yet hit our campsite, one of our cooking team members spotted movement on a serrated rocky ridge that was catching the early morning sun. They were bharal, blue sheep! There was one individual who moved out from the sheltering rocks and stood perfectly outlined in silhouette on a level edge. 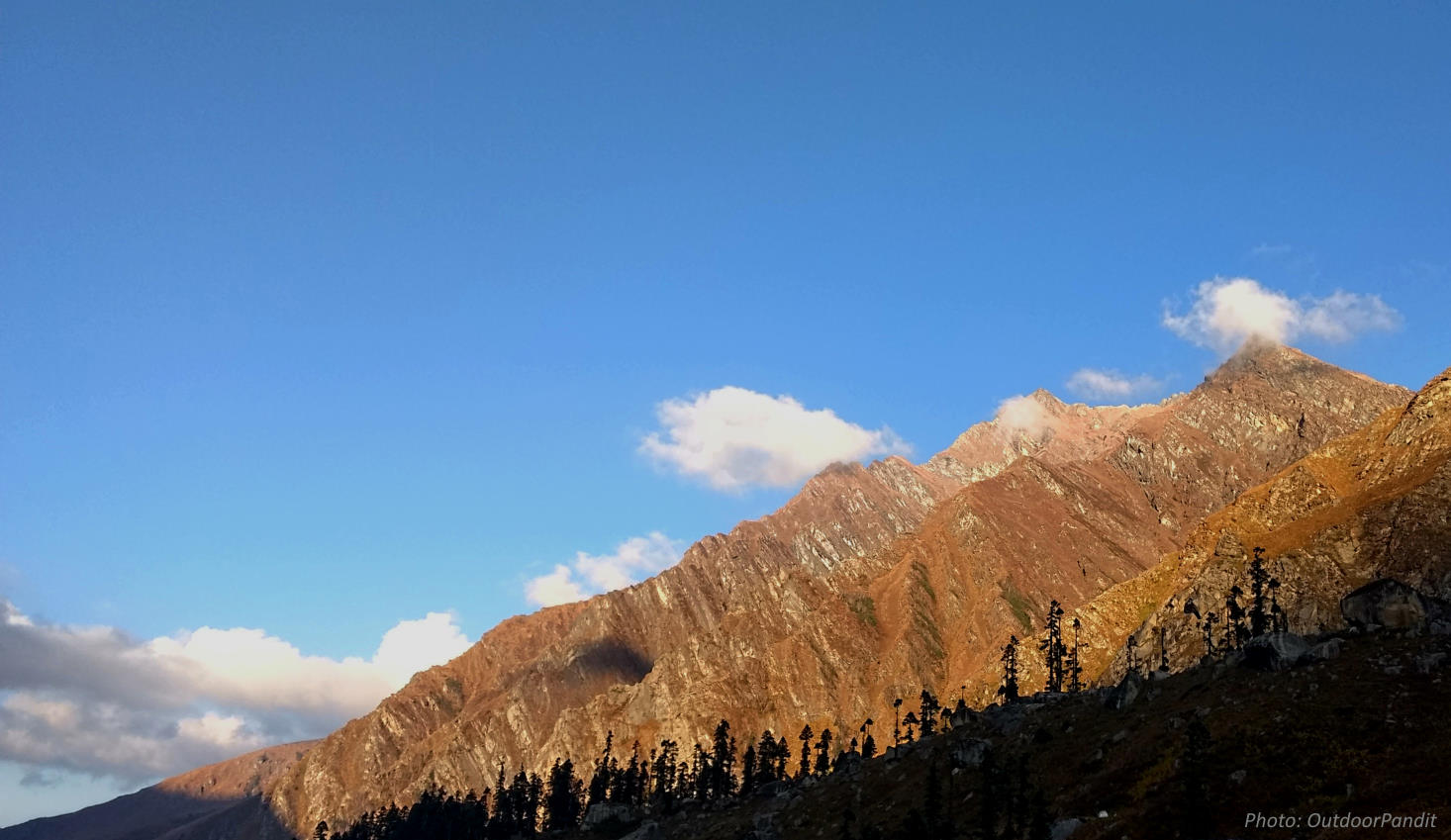 Being one of the most common big mammals encountered in several regions of the Himalaya, I have seen this species multiple times, but my fascination for it still remains strong, primarily traced to the book ‘Snow Leopard’ written by Peter Mathiessen, based on the trip in Nepal he made with George Schaller, a mammalogist and conservationist who has studied some of the most exciting species on the planet. Blue sheep are neither sheep nor goats, and the book recounts the exciting manner in which scientists resolved the debate on whether they are either – they had to categorise them as a separate species. Schaller described them as ‘goats with sheep-like traits’. Their genus is ‘pseudois’, pointing at how they are not sheep as the common name implies. Scientifically speaking it’s a funny animal, but oh so amazingly suited to clamber around those craggy heights! For someone like Brook, this kind of chatter can be very exciting, and I get a chance to discuss stuff that fascinates me no end. 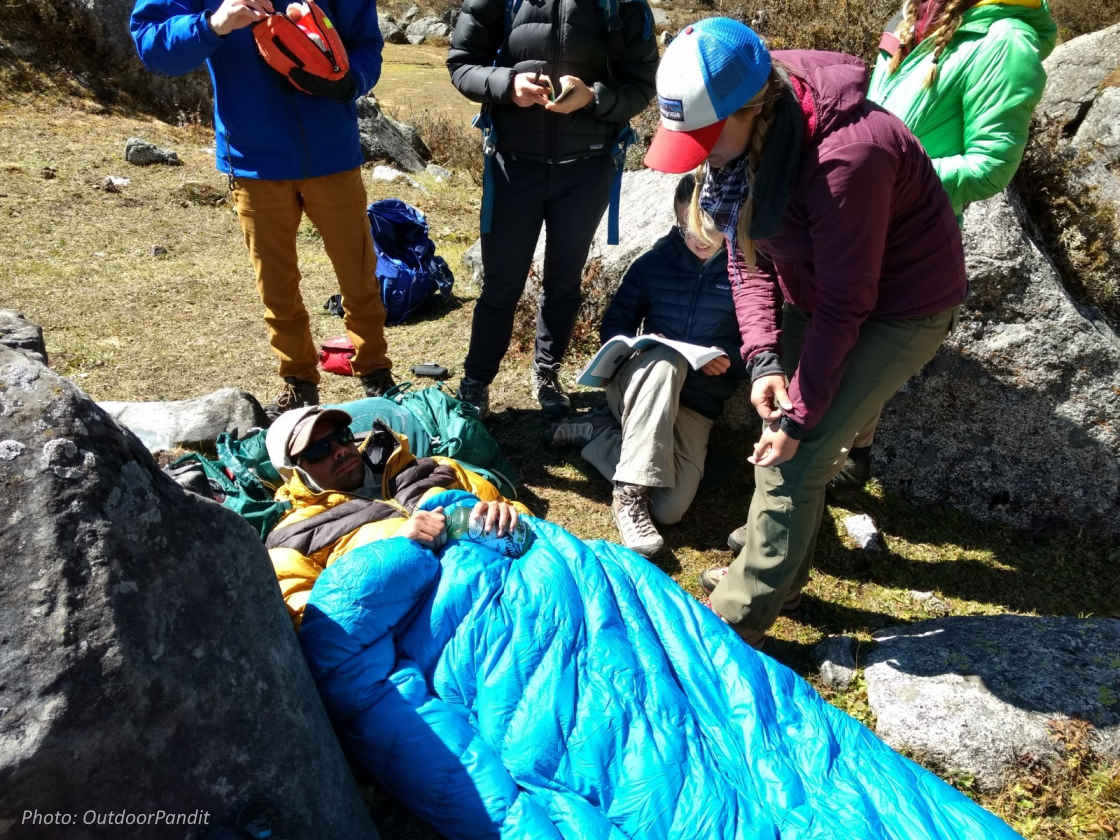 Our stay at high altitude involved scenarios where caregivers used compasses and GPS units to locate patients scattered around on windblown slopes, administered first aid and carried incapacitated patients back to our campsite. In such scenarios instructors who act as patients often endure mild hypothermia lying in uncomfortable positions (having suffered, say ‘falls’!) amongst rocks and on steep slopes! On the course that Brook was on we finally started back and soon re-entered lush valleys. At one spot, when we had dropped packs to rest and hydrate and  eat snacks after a long haul up a steep incline, Brook got up and stood a bit away, looking down the slopes. I thought she was trying to get a glimpse of dippers and redstarts flitting around on the rocks on the banks of the river below. After some time she called me over and said, “What is that murmur I hear?” I confirmed that she was obviously not referring to the distant roar of the river rising up from the depths and she said no there is a different murmur. I cocked my head this way and that, trying to catch the sound in case it was coming from a specific location, but just couldn’t hear it.

“Where do you think it is coming from?” She pointed vaguely at the slope opposite us across the river, a slope thickly carpeted with stands of conifers interspersed with some broad leaved vegetation. Now I was really intrigued as I strained to catch the sound but in vain. Then I closed my eyes and went still and calm and did not exert to try to catch the sound but just relaxed and let the sounds flow over me… and suddenly I caught the murmur!

“Brook, those are cicadas! They are in those trees opposite us!” 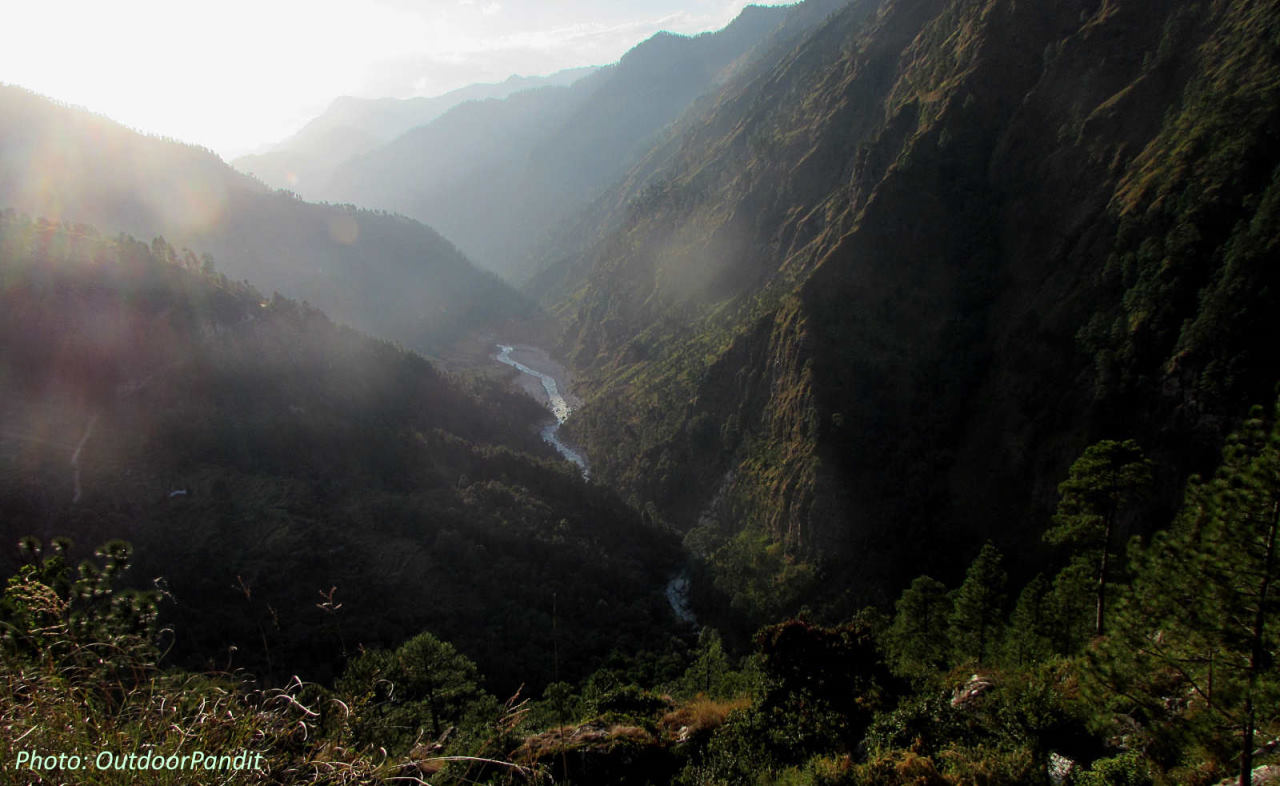 What is amazing is that Brook caught that murmur which had that slightly different frequency from that of the louder buzz of the rushing river below! The fact that she had perceived that sound and then I too had managed to catch it made me laugh out aloud. This was a display of a rare delicacy, defined by dictionaries as ‘sensitiveness, fineness of perception or feeling’. Here was a person who had opened herself up to such sounds and sights, signals for her mind to register and revel in. With all my alertness to calls and sightings of birds that I had claimed, I had not been alive to that gentle murmur. I had had to make a conscious effort to kind of let go and relax in order to have that murmur reveal itself to me. Coincidentally, another such incident happened further down the trail on that same course. I was walking behind Mike Wilson, my fellow instructor, and we were gingerly making our way across a wet, muddy stretch of the trail hugging the base of an overhanging cliff which had been reinforced by logs tied together to form a platform over a drop. The cliff was wet with water that dripped down curtains of creepers that festooned the sheer wall on our left. Our attention was naturally focused on where we were stepping. Mike slowed down and stopped and called my attention to the fragrance he smelt. We looked up and spotted tiny flowers dotting the hanging creepers! It was exquisite! I have walked that route up and down at least ten times at the same time of the year, but had never smelt the fragrance. And a mere whiff had made Mike stop and enjoy it. 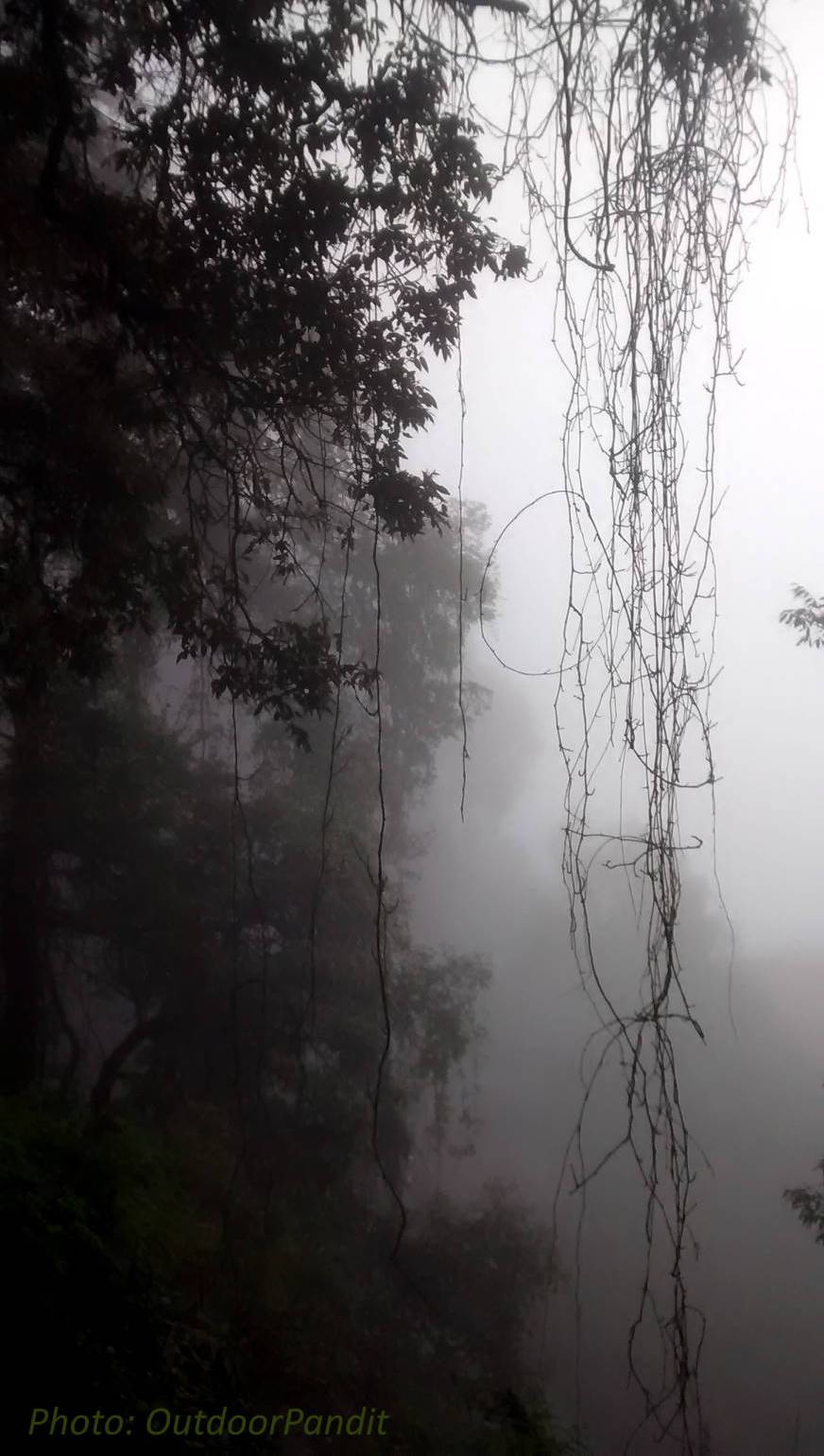 I am fascinated with nuances and subtleties in life. They add magic and charm to one’s existence, to our relationships with each other and with our environment. These little but significant joys come to us with no strings attached. Another fact may or may not be pertinent to the two incidents described above… both Mike and Brook had a background of having worked in the defense forces. Brook had been a member of a helicopter crew and Mike had been a marine for eleven years. Talk about being alert and alive! For outdoors people, such sensitiveness is also crucial in terms of safety management. There are innumerable signals being received by one’s brain which has to keep taking decisions, some with significant consequences, in a complex and ever changing environment. Sometimes, such fineness of perception may mean the difference between life and death. I believe that reflection – by oneself and on shared platforms – helps enhance sensitiveness and delicacy. We should create the space and slot in times for such regular reflection.